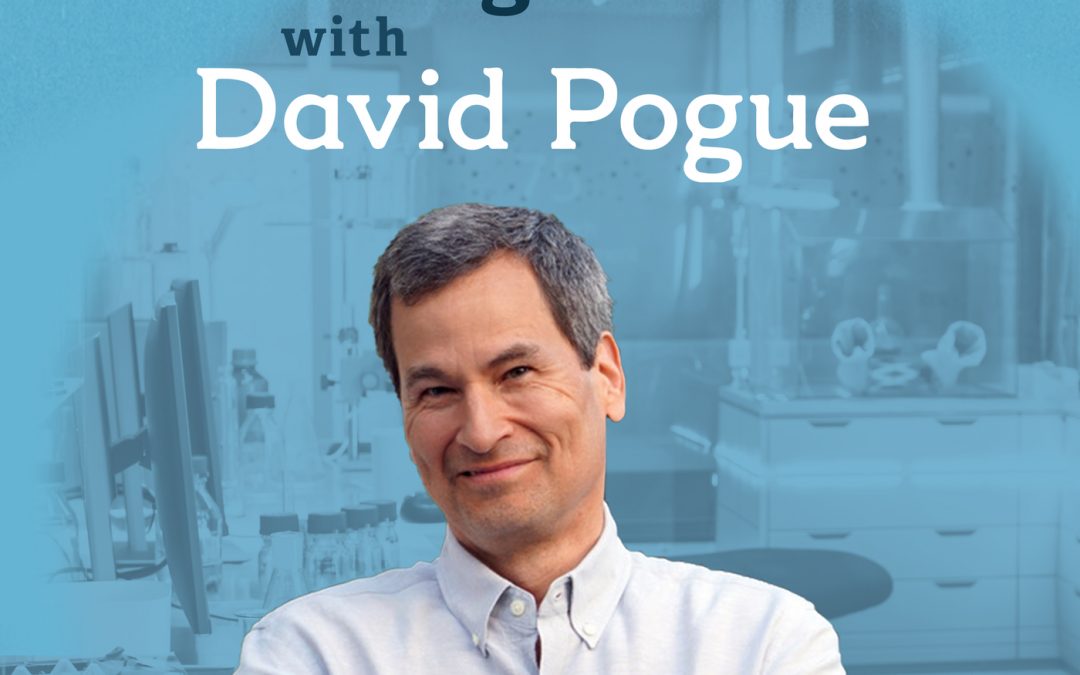 David Pogue, the weekly podcast tells the behind-the-scenes creation stories of mind-blowing achievements in science and tech. The podcast trailer, released today, is available here and across all podcast platforms.

Pogue will take listeners behind the scenes into the worlds of the people who’ve built the best in transportation, entertainment, food, internet, and health. In each episode, creators will reveal their inspirations and the roadblocks they encountered in bringing their breakthroughs to the public.

“Our heroes tend to be athletes, actors and singers – but we don’t even know the names of the engineers who created GPS, the programmers who make your apps, and the medical scientists whose work keeps you alive,” said Pogue. “Turns out, some of their stories are absolutely fantastic.”

The first season will introduce the two biochemists who made mRNA vaccines work, after years of ridicule and rejection by the medical establishment; the Google programmer who reduced the mosquito population of Fresno by 95% without insecticide; the NASA engineer whose team landed a delicate, unpiloted $3 billion rover on Mars without kicking up dust; the army of South African women whose chainsaws are solving the Cape Town drought crisis; the entrepreneurs who are creating deepfake voice clones – and the company whose technology will fight them; the linguist who invented the languages for “Game of Thrones”; the father of the cellphone; the committee that chooses which emoji to add to your phone each year; the computer scientist who blessed/cursed the world with CAPTCHA website login obstacles; the storm chaser who discovered that Tornado Alley is shifting east into more vulnerable states; the inventor of the Impossible Burger; the Apple, Google and Microsoft accessibility teams who are teaching phones to describe in words what they’re seeing; and much more.

In addition to being a correspondent for CBS SUNDAY MORNING, Pogue is a New York Times bestselling author, a five-time TED speaker, and host of 20 NOVA science specials on PBS. For 13 years, he wrote a New York Times tech column every week, and for 10 years, a Scientific American column every month.

Pogue has written or co-written more than 120 books, including dozens in the Missing Manual tech series, which he created in 1999; six books in the For Dummies line (including Macs, Magic, Opera, and Classical Music); two novels (one for middle-schoolers); three bestselling Pogue’s Basics book series of tips and shortcuts (on Tech, Money, and Life); and, in 2021, How to Prepare for Climate Change.

UNSUNG SCIENCE WITH DAVID POGUE is produced in partnership with Simon & Schuster and PRX Productions and distributed by CBS News. The podcast premieres Friday, Oct. 15, and is free on-demand across Apple Podcasts, Spotify, and wherever podcasts are available.